The period of metal music encompasses one of the most developmental eras of humanity in which civilization faces an essential question, and seemingly in synchronicity with this era metal is music mirroring the parental rejection and path finding the behavior of adolescents outside of known boundaries and most importantly, outside of external control. Looking back upon “Western history” we see that it is clearly the history of Christianity arising in Europe and with it a material need for theological justice which motivated the centralization of Europe and the industrial revolution, thus beginning the artificial Hegelianism of the current time in which civilization re-learns its values after absorbing technocracy.

As in Western heritage so far there has been a lack of collective action because of our resentment at coercion, in metal or in an adolescent rebelling against a parent there is love and the uncertainty of a known past versus and unknown future, as well as a desire to acquire and define an existence for oneself. All past cultures are dead and in the existential void of late modernism, the culture of culture of metal mirrors the growth of individuals and society from a period of adolescence represented by aestheticism to an adulthood of literalist yet design-oriented noble culture; this future yet unrealized represents a potential transition beyond the failures humanity to a higher state of awareness, according to the greatest human philosophers.

The first metal emerged from the youth born after World War II in a time when all older learning and social order was becoming extinct at the hands of a new technocratic system of world government experiencing Genesis.

These were also the first people whose lives were completely enclosed by technology and who could not remember a time of prevalent human versus natural struggle.

WWII culminated the former ages of diplomacy and Viet Nam demonstrated the essential qualities of imperialist policy, revealing the bankruptcy of a “moral” state and plunging America into an intellectual revolution from which no heroes have emerged. Since that time America and the human population able to cogitate on such issues have become self-analytical and obsessed with re-assessing the various evolutionary states of social order and personal values, although as with all previous revolutions in the Western heritage of the past 2,000 years, have failed to escape their own programming with the values of the previous empire, thus being doomed to recreate it.

Metal music occupies a distinct position in being the music of the dissatisfied arising from within the dissatisfied. It’s dissidence demands values before immediate action and thus is less obviously political than other genres, but its aesthetic reveals a genre convinced that making of noise and violence music of beauty and logical, clear structure is in some way, transcendent. In brief theoretical description, it is modal music achieving harmony from the resonance of melodic shape of an undulating rhythm of internal syncopation. Lawless, it knows no keys, and while roughly described by “classical” (Baroque/Romanticist) theory, its phrasing reflects an architecture as a language designed to be description throughout pieces of mostly consistent dynamic intensity at a tactical level. This form of counterpoint music in the symbolism of scientific approach to information it suggests, at the highest level, rejects self- and socially-centered realities in favor of the dynamic, selfless, nihilistic absolutist freedom of tone; in at least one sense, this is a motion from self-conscious-view to worldview in which self is an actuator.

The heavy influence of structure unifying songs, as mirrored in a trellis thematic construction dividing phrasing and arrangement of objects of phrase and harmony into components of theme completing motifs central to the conception of each work, suggests a postmodernist solidification of art and medium into a message containing a coded subtext of influence on the subconscious mind and emotions. In rock, there is a form and songs are derivations of it; in information music, the structure becomes the song which becomes its own medium for poetic expression through narrative in the conversion of noise to coherent sound. For this reason within the context of the fourth full generation of this genre a scientist is justified in using the term “information music” to describe a style where phrasing and tone, as reduced to a symbology of relativism, are manipulated modally to achieve thematic synthesis and resolution in the style of “classical” pieces. In other terms, in rock music, there is a form and within it songwriting occurs; in metal, the central melody determines the structure of each song. 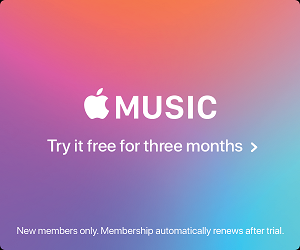 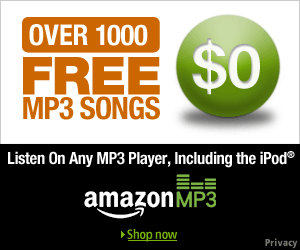